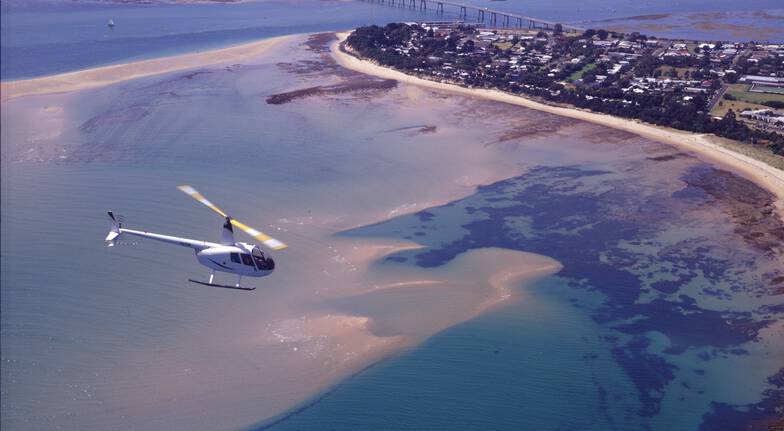 Indulge in a helicopter flight around Phillip Island thats guaranteed to give you a birds eye view of this beautiful region! Renowned for its wildlife, this flight is sure to secure great views of Australias largest colony of fur seals and Summerland Beach, home to the fairy penguin parade!

This Phillip Island full Island tour departs from Phillip Island Heliport, turning left at the coast for Cape Woolamai, following Woolamai Surf Beach, regarded as one of the best surf beaches in the country, before flying around the Cape itself. Fly through the bay towards the San Remo Bridge where you are presented with great views of San Remo and Newhaven. Following the coast to Rhyll we reach the inlet, where migratory birds fly thousands of kilometres to feed. It's then on to Cowes, Red Rocks Point and Ventnor, before the spectacular Nobbies and Seal Rocks come into view. Seal Rocks are home to Australia's largest colony of fur seals. Heading east, we fly past Summerland beach, home to the world famous Penguin Parade then onto Pyramid Rock and the Grand Prix Circuit, which plays host to Moto GP and World Superbikes. Wave to the swimmers and surfers on Smiths Beach and Surfers Point, before returning to the heliport.

4 fortnightly payments of $162.50
Own it, interest free, From $10 per week. More
Quick and easy booking.
Our price guarantee.
3.5 million experiences sold.
Handpicked suppliers.