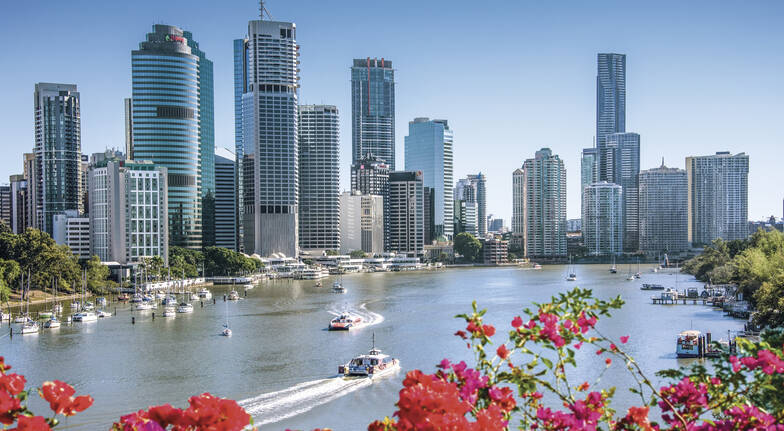 Spot the iconic landmarks of Brisbane by coach and cruise on this sightseeing tour. Admire its 19th century sandstone buildings and learn about the history of this river city. Learn from a local about the city’s emerging cafe and club scene plus the vibrant culture of inner city hubs like Chinatown.

See Brisbane from land and water on this sightseeing tour that will see you travel by both, coach and cruise ship. Admire the beautiful combination of 19th century sandstone, modern skyscrapers and lush greenery. Don't forget your camera, you'll see St Stephen's Catherdral, the Botanic Gardens and Anzac Square. Travel under the Story Bridge and through Fortitude Valley and Chinatown.

Next up, it's a scenic cruise on Brisbane River where you can take in the pretty scenery while sipping a Devonshire tea. The peaceful river, the bustling city and Kangaroo Point Cliffs in the distance will combine in a vista that it is quintessential Australian. A great introduction to a unique city that mixes old and new seamlessly.

You will receive a complimentary hotel pick up. You will need to make arrangements to get back to your accommodation yourself.

A 100% cancellation fee applies for tours cancelled within 24 hours of departure when no notice is given. If notice of cancellation is given and the tour is rebooked there is no charge.

This voucher is for 1 person, however there will be many other passengers on the tour.

Hat, sunglasses and sunscreen is recommended.

This experience happens in Brisbane, QLD.