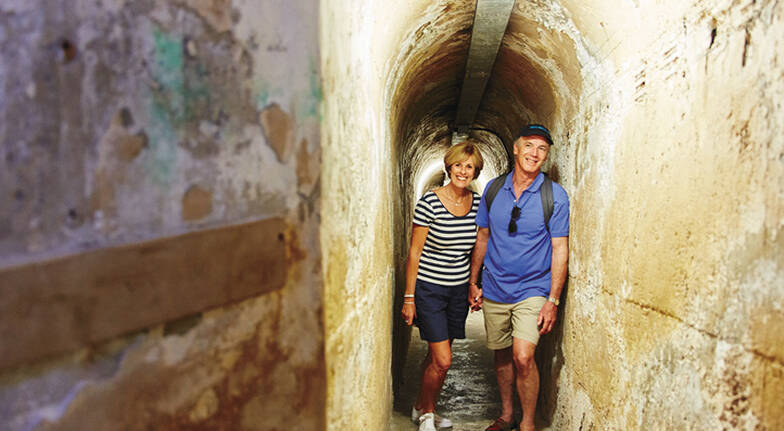 Enjoy a breathtaking train ride to Oliver Hill, Rottnest Island's second highest point, and be guided on a tour through the massive 9.2inch diamter gun installation and tunnel system that forms an integral part of Rottnest's military history, complete with morning tea and lunch.

Did you know that Rottnest Island played a key role in defending Perth's coastline during WWII?

Learn about the Island's military history and involvement in Perth's defence strategy on this tour. Catch the Island's historical train up to Oliver Hill, the second highest point on the island, where you'll be guided through a 9.2inch diameter gun and Oliver Hill's tunnel system which forms an integral part of Rottnest's history.

There can be up to 60 people on the train.

This the event of unsuitable weather you will be contacted by the experience provider and transferred to a different day or issued with a full refund.

This experience departs from Hillarys, WA.