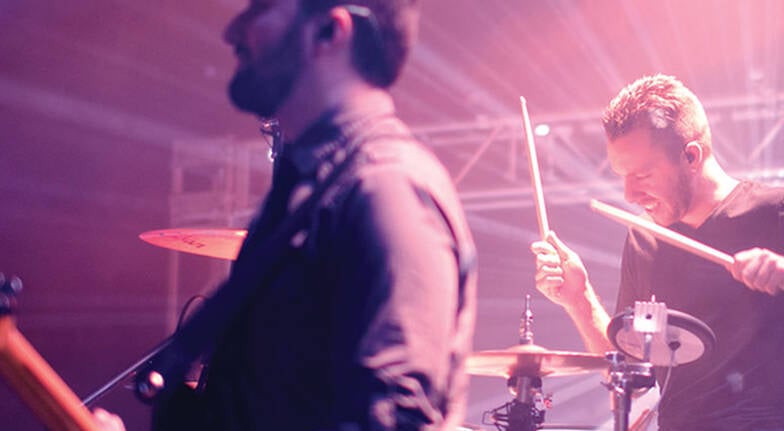 Shoot for the rock and roll hall of fame during this full day experience at a state-of-the art recording studio. Record your next hit with a live band of pro musicians and award-winning producer, have it mixed, mastered and distributed worldwide to main digital streaming platforms and more.

Tick your rockstar dream off the bucket list as you spend a full day at a multimillion-dollar recording facility in Surry Hills. Feel like a VIP as the record label sends out a private driver to take you to the studio (metropolitan areas only) before working with a seasoned live band and awarded producer/engineer to record your brand new hit single. You'll spend half the day editing, mixing and mastering your song and once you're happy, it will be released worldwide to all the main digital streaming platforms such as Spotify, Apple Music and Amazon Music. The entire session will be captured by a professional photographer so that you can relive the magic over and over. You'll feel like a true rockstar for the day!

This experience is eight hours in duration, which is split across the recording session, video shoot, and other elements of the experience.

The recording experience is set for an 8 hrs session in studio. If you need more time to record, you may request an extension (additional fees apply).

If you need more time to record, you may request an extension (additional fees apply).

This experience includes you, a four-piece band and the producer/engineer in the recording studio. You will also have a photographer in studio taking pictures behind the scenes.

The recording studio experience is private (no spectators during the session) to avoid interruptions and allow creativity to flow.

Dress for success. Photos will be taken, so make sure you have your rock star vibe on.

Experience now, pay later with:
Own it, interest free, From $340.11 per week. More
5 years to use the value of your voucher.
Free exchanges.
Our price guarantee.
Handpicked suppliers.