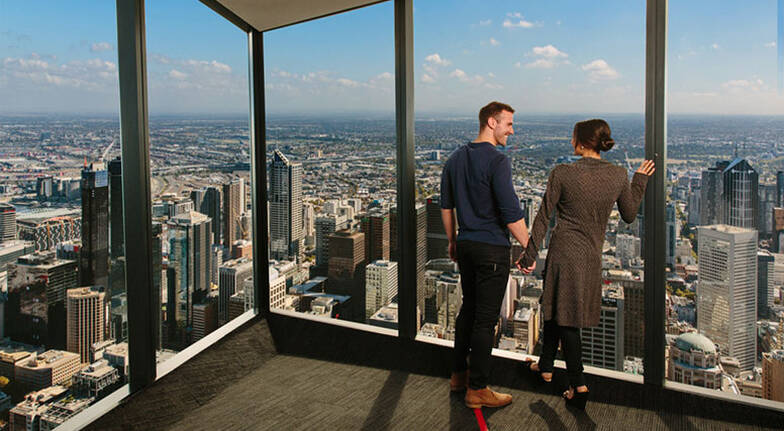 Shoot up to the 88th floor of the Melbourne Skydeck tower in under 40 seconds and be rewarded with panoramic views of the dazzling city of Melbourne and beyond. Sitting pretty at 285 metres high, you'll witness the city from an entirely unique vantage point, breathtaking by day and night.

Standing a sheer 285 metres tall and located in the heart of the Melbourne CBD, Melbourne Skydeck 88 is the tallest public vantage point in a building in the Southern Hemisphere. Shoot up to level 88 in under 40 seconds and be welcomed with floor-to-ceiling, 360-degree views of the Melbourne city and beyond. By day, enjoy views of the city as far as the eye can see and at night, watch as the lights create a beautiful visual spectacle. Both times of the day will offer spectacular panoramic views from a unique vantage point. Complement the views with a drink or snack from the licensed kiosk.

4 fortnightly payments of $7.00
Own it, interest free. More
5 years to use the value of your voucher.
Free exchanges.
Our price guarantee.
Handpicked suppliers.