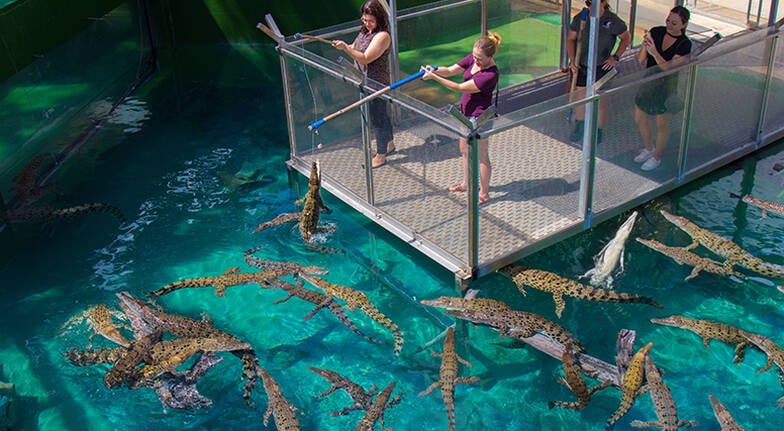 Tick off Darwin’s must-do attractions with this 3-in-1 pass. Encounter Australia's notorious crocodiles at Crocosaurus Cove, delve into the history of the Royal Flying Doctor Service and Bombing of Darwin at the RFDS Tourist Facility, and enjoy a 24-hour hop-on hop-off pass on the Darwin Big Bus.

Enjoy Darwin's most popular attractions with this easy, flexible and convenient 3-in-1 pass, which combines three premier attractions into one action-packed ticket. Get up, close and personal with some of the largest saltwater crocodiles in Australia and see the world's largest display of Australian reptiles in the heart of the city at Crocosaurus Cove.

Next, take a deep dive into the history of the Royal Flying Doctors Service and hear tales from the bombing of Darwin Harbour at the innovative and state-of-the-art RFDS Darwin Tourist Facility, which uses cutting edge technology, holograms and virtual reality to depict history in a fascinating way. Top it all off with a fun 24-hour hop on hop off adventure aboard the impressive Darwin Big Bus, where you'll get a glimpse of the beautiful scenery, landmarks and attractions of the city.

Umbrellas are provided for wet weather at Crocosaurus Cove.

Casual, comfortable walking shoes and a hat and sunscreen are highly recommended.

4 fortnightly payments of $25.75
Own it, interest free, From $10 per week. More
Quick and easy booking.
Our price guarantee.
3.5 million experiences sold.
Handpicked suppliers.